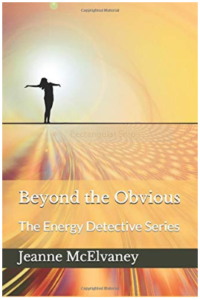 Spiced with a sense of stepping outside familiar perspectives and seasoned with the power and friendship of women, this surprising, absorbing, heartfelt, and encouraging story will pull you into the energy field where life challenges are solved with healing insights. In this tender, touching novel, five energy detectives will take you into a dimension often left unexplored to uncover personal mysteries buried in webs of secrets and shocking truths.

“You feed my soul and encourage me to be bold. I love your feel-good, enlightening insights.” DH

Vickie comes with a message from her recently deceased grandfather. Bailee is feeling the gray, detached weight of depression. Ora doesn’t understand her deep aversion to travel that’s rooted in a past life. Renata arrives with guilt around her mother’s recent death. Inna discovers that exploring the past unleashes the happiest time of her life.

Kindle and Paperback at Amazon